In 1984 the White House officially recognized March as National Professional Social Work Month. A joint resolution was introduced by Sen. Daniel Inouye (D-Hawaii) and Rep. Edolphus Towns (D-N.Y.) declaring March 1984 as National Social Work Month. This was followed by a lobbying push from NASW chapters and the co-sponsorship of Sen. Strom Thurmond (R-S.C). The resolution was passed by the Senate and signed into law by President Ronald Reagan.

March was a very productive month as California Social Workers celebrated their profession—social Work. The theme “All People Matter” was evident as regions and local units put on activities and recognized those chosen to receive Social Worker of the Year Awards. I was privileged to attend some events.

Region F’s Inland Empire Unit Chair, Tarrisyna Bartley, LCSW, put together a well-attended event. Social Worker of the Year, G. Victoria Jackson, EdD,  awardee, shared her story about her journey of 45 years as a social worker. Her enthusiasm and pride in the social work profession was contagious. The Lifetime Achievement Award was presented to Anita C. Mackey, MSW, LCSW, for her many accomplishments over the years. Anita, at 101, is the oldest living social worker, spoke about her career in social work. Her pride and enthusiasm in her years as a social worker was inspiring.  I also want to highlight Maria Del Fierro, who is the MSW Candidate of the Year.

At the State Capitol I attended the social work reception hosted by Janlee Wong, MSW, and his staff. The honorees were assembly members Susan Talamantes Eggman, MSW, LCSW, PhD, and Tony Thurmond, MSW. Susan Eggman in her second term shared that she is first and foremost a social worker and brings her professional values to her elected position. Tony Thurmond, the newly elected assemblyman, spoke about his new role. He shared how social workers in his district were instrumental in helping him win the election.

Mariko Yamada, MSW, spoke on the importance of social workers elected to political offices. She completed her term as assemblywoman and currently is pursuing a position in the Senate for 2016. Social workers living in her district may want to help as she begins her campaign. We would all benefit having an experienced social worker in the California senate.

This year as we celebrate National Social Work beginning on March 11, 2015, let us remember that the nation’s largest group of social workers (130,000) is the National Association of Social Workers (NASW).

I am proud to belong to the social work profession. NASW National has invited us to tell our stories online using the hashtags #allpeople matter and #socialworkmonth. Testimonial videos from long-term NASW members, mid-career members, and student members will be posted online beginning March 2015. Video Campaign will begin this March 2015. NASW members and social workers will also be invited to produce videos about why they believe NASW is valuable. The short videos will be posted online and promoted in social media. Let us use these grassroots videos to give social work supporters an opportunity to participate in the anniversary celebration.

For more information email socialworkmonth@NASW.org. Campaign updates can be found at SocialWorkMonth.org.

On April 19 and 20, Legislative Lobby Days will be held at the State Capitol. Our NASW staff work diligently to make this well attended event the success that it has been. You may want to review the bills that the NASW California Chapter will be discussing with legislators. If you want to know what bills were chosen,  please contact our Director of Legislative Affairs Rebecca Gonzales.

NASW board members and I will be attending. I look forward to meeting you. This is your opportunity to meet your elected NASW representatives and share with us your vision and concerns for our professional organization. 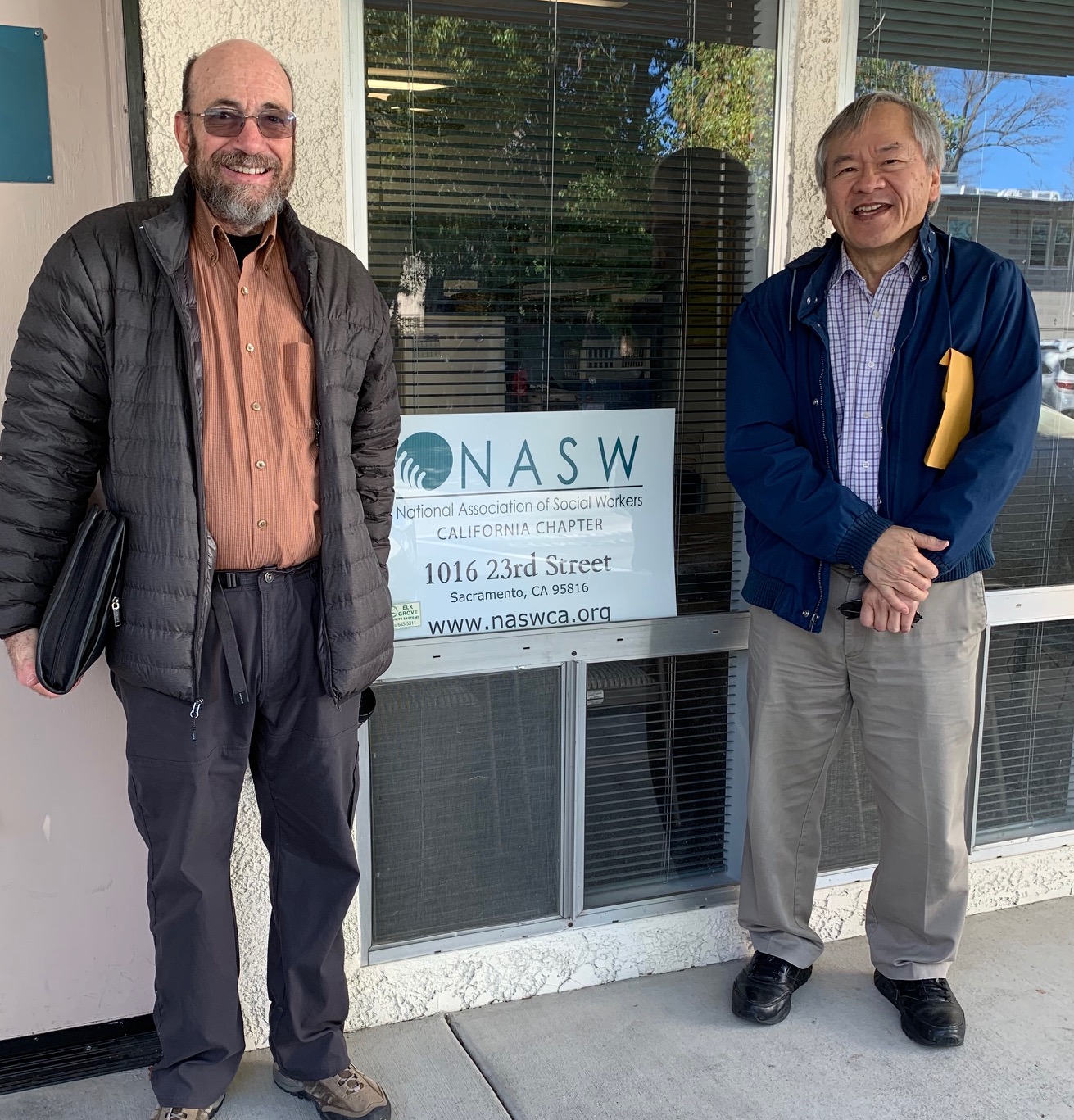 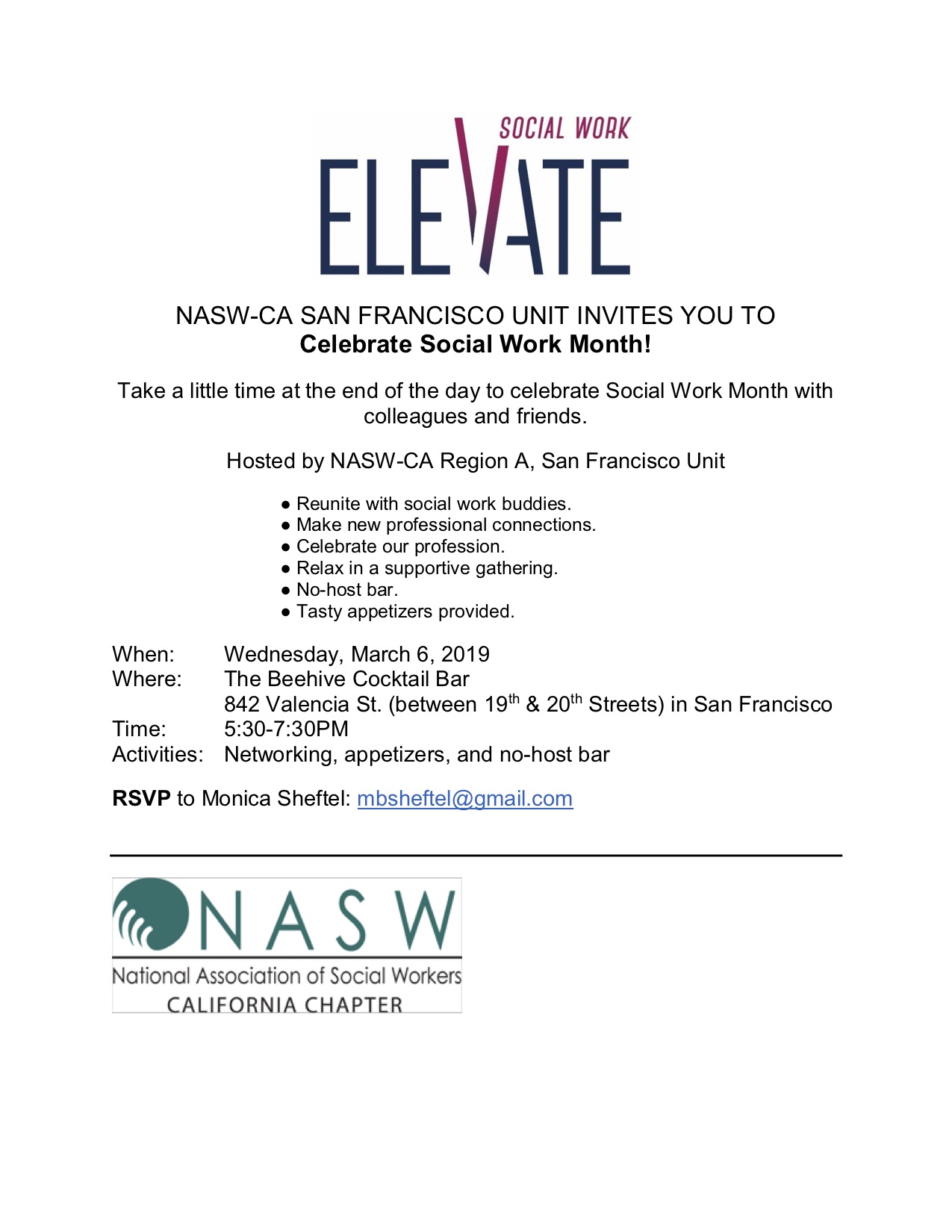