WASHINGTON, DC—The Trump administration on December 4 issued a final rule tightening work requirements for the Supplemental Nutrition Assistance Program (SNAP), also known as food stamps. Under the rule, which will take effect April 1, 2020, states must demonstrate a minimum unemployment rate of 6 percent for a county to receive a waiver from the time limit for benefits.

Under the current rule, recipients may receive SNAP for up to three months during a three-year period, unless they are working at least 20 hours a week or enrolled in an education or training program for 80 hours a month. But states with high unemployment rates have been able to receive a waiver from this work requirement. This Trump administration policy will negatively impact approximately 688,000 SNAP recipients. These individuals are extremely poor, with an average monthly income at 33 percent of the poverty line. Jurisdictions that would no longer qualify for waivers include high-unemployment and economically hard-hit areas. The effects would swell during harder economic times.

“This callous rule will do nothing to promote employment or self-sufficiency,” said Angelo McClain, Chief Executive Officer of the National Association of Social Workers (NASW). “It demonstrates utter disregard for the facts, which are that able-bodied adults, due to economic circumstances beyond their control, are unable to find a job. Over 30 percent of the country lives in high-unemployment counties as well as cities and reservations for which the time limit is currently waived. Exemptions need to be available for at-risk individuals, such as youth aging out of foster care, veterans and formerly incarcerated individuals seeking to regain employment.”

The final rule will impact individuals 18 to 49 without dependents. Approximately 7 percent of the nation’s 36 million SNAP recipients are in this category, defined by the U.S. Department of Agriculture as “able-bodied working adults,” but not children and their parents, those over age 50, those with a disability or pregnant women.

In announcing the final rule, U.S. Secretary of Agriculture Sonny Perdue said: “This is about restoring the original intent of food stamps… moving more able-bodied Americans to self-sufficiency.”

“Cutting food stamps is not going to promote self-sufficiency,” said McClain. “The key focus of this administration needs to be on job creation. The unemployment rate nationally may be 3.6 percent, but that is not the case in all communities.”

Forty-seven senators from both parties urged the administration to withdraw the rule. It also ignored over 100,000 comments from the public, including NASW.

The other two proposed SNAP rule changes, not yet final, would cap deductions for utility allowance and limit access to SNAP for working poor families.  If these two rules are finalized as proposed, the combined impact of all three rules could result in 3.7 million people being cut from SNAP in an average month, according to the Urban Institute. Millions more would experience reductions in monthly benefits and almost 1 million students would lose automatic access to free or reduced-price school meals.

NASW will continue to monitor all three rules and fight these ill-advised policies. 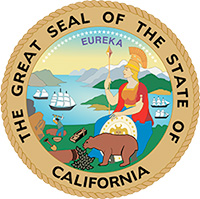